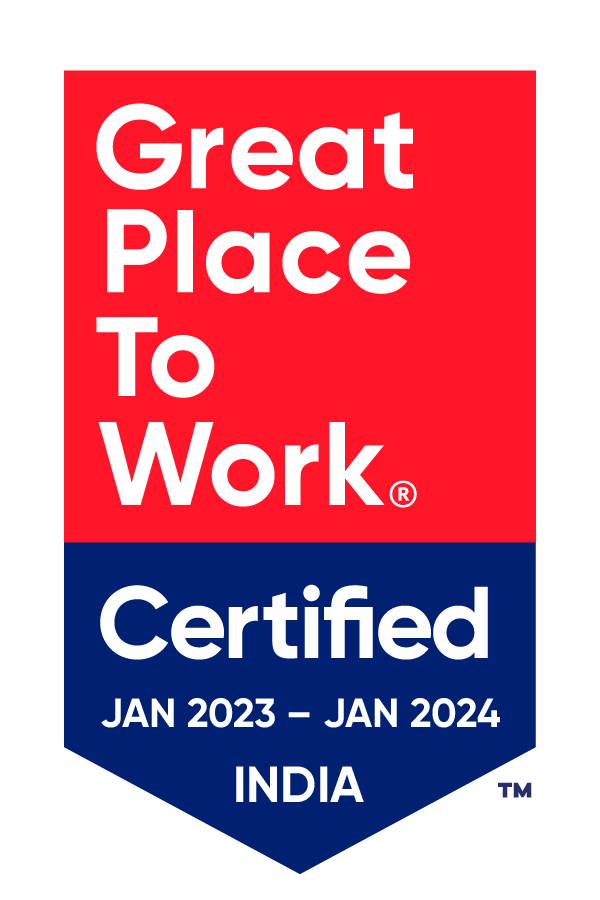 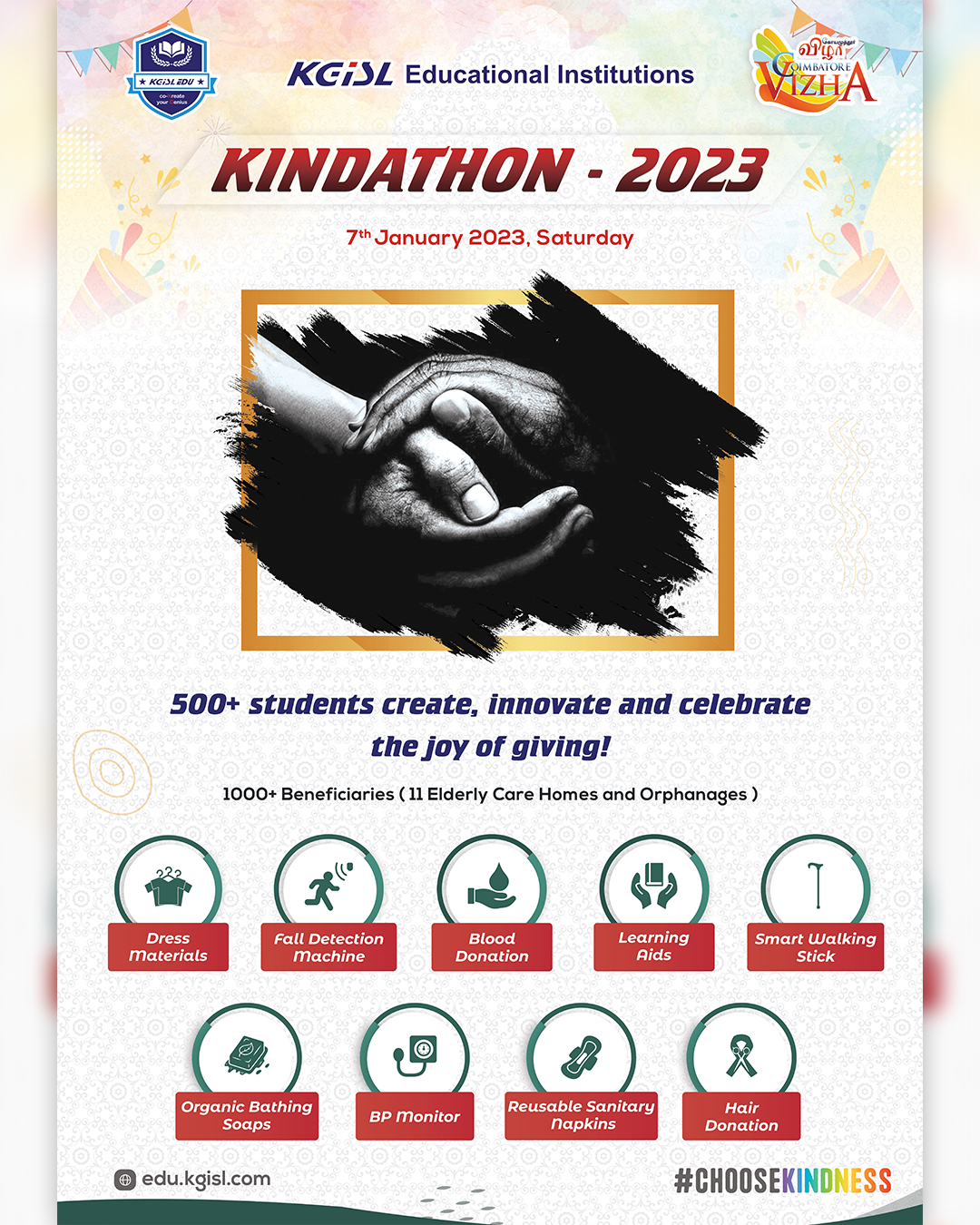 “Three things in human life are important,” wrote novelist Henry James in the early 20th century. “The first is to be kind. The second is to be kind. The third is to be kind.” As one of humankind’s cardinal virtues, kindness is the most cherished as well as the most sought-after. Nevertheless, one often wonders, why the world is such a cruel place to live in if kindness comes easily and naturally to us. There could be several answers but the most compelling one is, choice. The choice to be kind. As part of Kovai Vizha, KGiSL Educational Institutions celebrates a Kindathon on 7th January 2023, at the KGiSL campus. 500+ students get down to business and indulge in 9 acts of altruism. They create, innovate and celebrate the joy of giving to 1000+ Beneficiaries (11 Homes for the Elderly & Orphans). 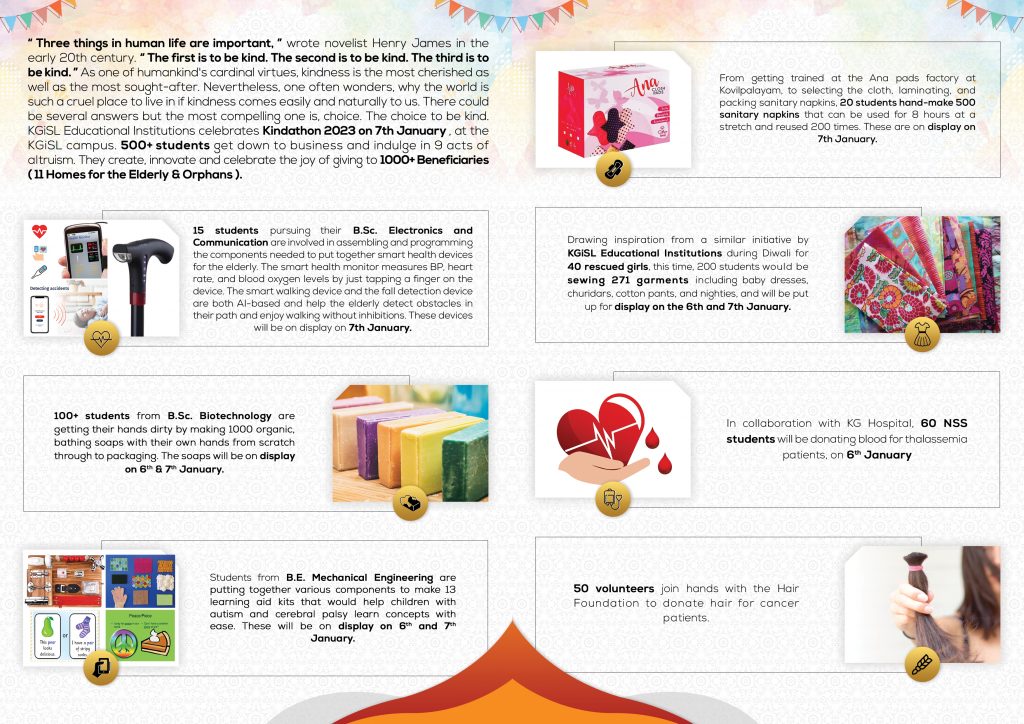 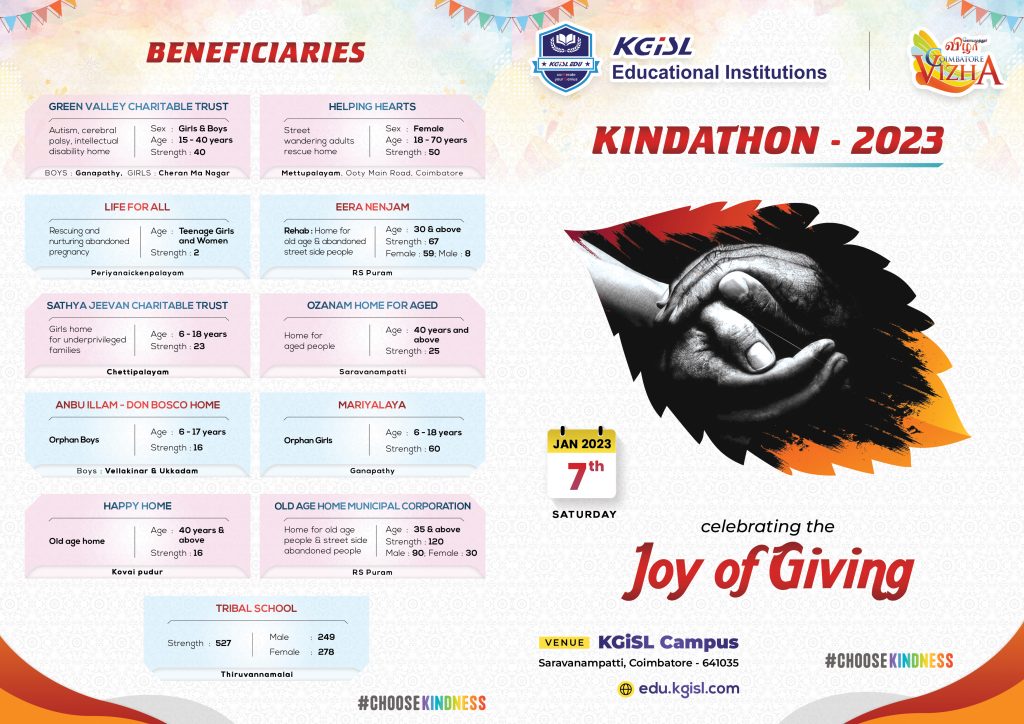